Changes are coming to one of the biggest arena gaming events of the year, the World of Warcraft Arena World Championship.  Blizzard Entertainment has announced plans to give players more opportunities to compete in 2017, as well as larger prize pools.  All in all, it’s a restructuring of the rules for arena play and it could lead to more opportunities for newer players to break into the scene.

The Road to World Championship Finals: 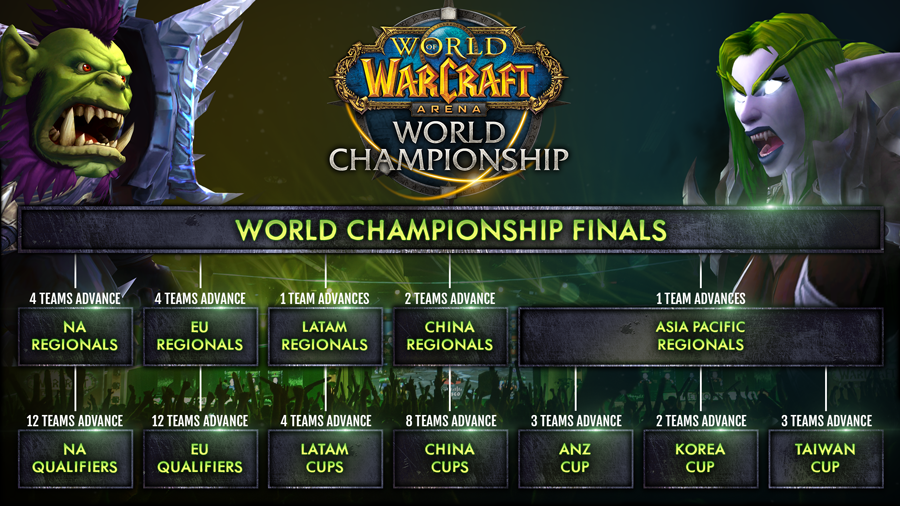 Blizzcon 2017 will be November 3rd and 4th.  The dates for the qualifying competitions listed above have not been disclosed as of press time.