It’s the weekend, and though other people are on the beach enjoying Spring Break, you know sun and fun is no match for the pull of 3 days worth of eSports.  Be sure to alt+tab out of winning SMITE matches and getting gems, and watch the following eSports coverage: 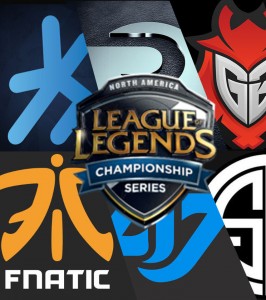 The end of the League of Legends Spring Split is fast approaching, and as it all winds down, the competition ramps up in a series of semifinal matches in both the EU and NA regions.  It’s the worst against the first in a battle to decide who makes it to the Final on April 17th.  Will we see some upsets?  Anything is possible. 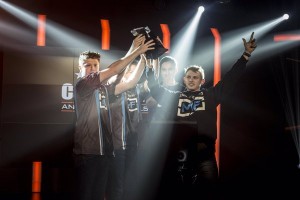 This weekend sees The Crown Invitational in Melbourne, Australia as a rare opportunity to watch the best teams from all of the Call of Duty World League regions compete against each other outside of Call of Duty World Championships.  North America’s OpTic Gaming, Europe’s Millenium, and Australia/New Zealand’s Mindfreak all won their regional championship titles, and now they will play each other and the top teams from the ANZ region in an invitational tournament run by ESL.

Play begins on Saturday (Friday afternoon/evening if you are in the USA, and overnight if you are watching from Europe) and will wrap up with the big final match on Sunday. 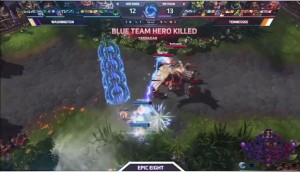 What if you could play your way to free college tuition?  That’s going to be a reality for one Heroes of the Storm this weekend as they vie for the Heroes of the Dorm Championship title.  The competition began with over 480 teams from 390 colleges, and now it’s down to just the Heroic Four: Tennessee, UT Arlington, UConn and ASU.

On Saturday the teams will play to determine who is going to Sunday’s final.  It all goes down at CenturyLink Fields Events Center in Seattle, Washington. The winners will receive free tuition! 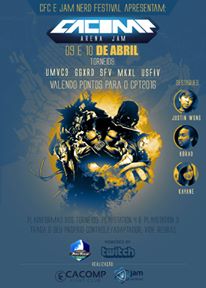 Despite its delicious name, this gaming festival in Brazil has nothing to do with various toast spreads, and is instead is a competition featuring some of the world’s best Fighting Games specialists on the Capcom Pro Tour.  It’s the first Ranking tournament from the South American region.  Brazil’s own Keoma, along with Evil Genius stars Justin Wong and K-Brad will be competing in this Street Fighter V brawl.  Some new faces are sure to emerge at the event as well!
When: April 9th-10th, 2016
More Info: Capcom Pro Tour
STREAM: Jam Games Official