Ninjas in Pyjamas held off FaZe Clan in the finals at IEM Oakland over the weekend, picking up $125,000 of the $300,000 prize pool and winning the tournament for the second year in a row.  SK Gaming and Cloud9 ended their weekend in the top four.

A look back at the Group Stages

What’s Next: On November 24th and 25th, some of the top European teams will be at the BLAST Pro Series Copenhagen 2017 in Denmark.  The Invitational pits six teams (Astralis, FaZe, G2, NiP, North, and SK Gaming) against each other for a massive $250,000 prize pool.

aAa_pubg destroyed the competition at the first ever PlayerUnknown’s BATTLEGROUNDS stadium event, winning first place with 1620 points and 38 kills.  20 teams of four players faced off over the weekend, and aAa had the skills and kills to come out on top. 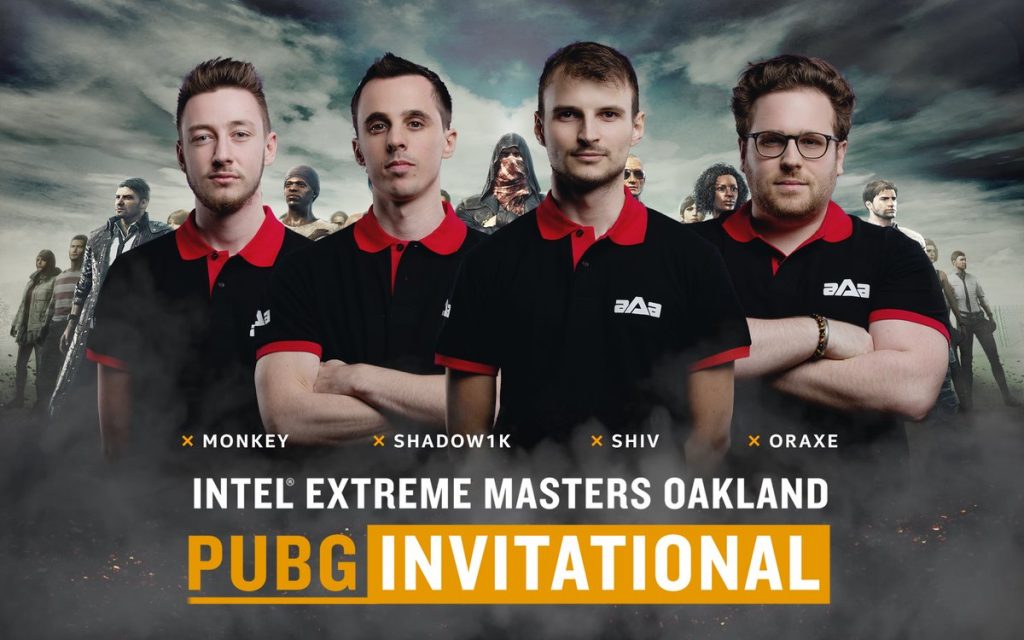 It was a battle between teenaged wunkerkind Victor ‘Punk’ Woodley and Derek ‘iDom’ Ruffin in the Capcom Pro Tour North American Finals in Boston over the weekend.  Punk came out on top of a field of fierce East Coast players as the 19 year old continued his successful year of Street Fighter V competition.

Top players from all over the country fell early on in the tournament, but East Coast players were filling the later spots with dark horses and bracket busters.  The Cool Kid brought out his Abigail in the Grand Finals against Wolfkrone, a truly unorthodox pick at this level of competition, and rolled to a thrilling victory in front of hundreds of cheering spectators. His 6-1 win would cement his spot in Sunday’s North American finals and a win there would be his last chance at a berth in the Capcom Cup Finals this December.

On Sunday, Punk and The Cool Kid injected some early drama into the tournament. Punk struggled in the first few rounds, but The Cool Kid, rallied by the support of his wife who flew in from Chicago overnight, just didn’t have enough to send him to the loser’s bracket early. NuckleDu, Red Bull Grounds champion in 2016, placed in the top 4 but was unable to defend his trophy as he fell against the relentless pressure of Smug’s Balrog play.

Ultimately two players emerged, Punk and iDom, and the two east coasters clashed in the winner’s bracket finals. The match would be a prelude to the finals with iDom being pushed to the loser’s bracket before battling back to face Punk again in the Grand Finals.

In the end, Punk’s reactions and set play were too much for the Laura player, and after having his coming out party at Battle Grounds last year he was able to close the loop on a banner year and capture the North American championship. This win sets the stage for the Capcom Cup finals in December – as Punk reminded the crowd that revenge against Tokido is still on his mind and that he has not forgotten his second place finish at EVO.