The Spring edition of Season 8 of Vainglory esports is winding down, and that means players in Europe and North America will face off this weekend in the first edition of the Vainglory Unified Live Spring Championships at the famous O2 Arena in London.

Four teams from each region will battle it out on Day One, and the winners will move on a day of cross-regional competition, where they will face top seeds Cloud9, Team Secret, G2 Esports, and Team SoloMid.  On Sunday, the competition will wrap up with the semifinal rounds and the Grand Final to determine the Spring Champions. 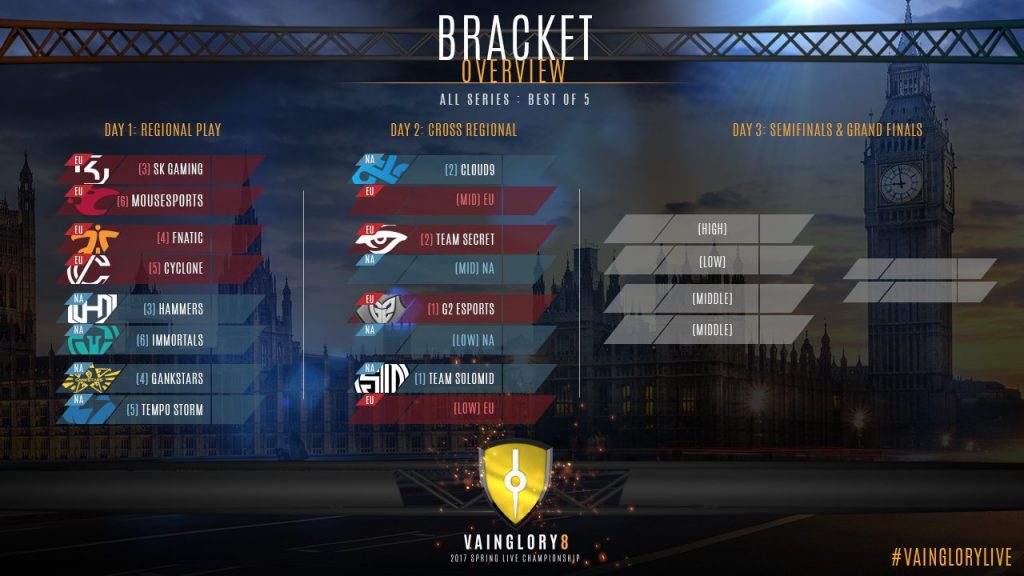 This weekend’s competition will be the first time cross-regional LAN action has happened in the mobile MOBA’s competitive community since the first Vainglory World Championship last December at the TCL Chinese Theatre in Hollywood.

Vainglory is a free to play MOBA for mobile platforms created by the terrifyingly named Super Evil Megacorp.  According to the studio, their game had an incredible first year in esports, as 2016 saw the largest prize pool for a mobile esport ($120,000) and over 25,000 concurrent views for the 2016 World Championship.  Vainglory is available from the  Amazon Appstore, the App Store and Google Play.