Sometimes news needs to be fast, which is why we have ES Bytes – a short round up of noteworthy stories from the esports and gaming communities.

Have a news tip or a press release to share?  Email us at esportssource(at)gmail.com.

The Heroes of the Storm National Championship team has been crowned as University of Texas-Arlington (UTA) took the title in dominant fashion.  Saturday, the top four collegiate Heroes of the Storm teams, UCI, LSU, UTA and Kentucky, traveled to Las Vegas for the Heroic Four competition.

The teams competed in front of a sold out crowd at the UNLV Cox Pavilion. UTA remained cool and composed in their return trip to the big stage, sweeping UCI 2-0 in the semifinals before crushing LSU in the National Championships 3-0. After receiving their medals – and tuition for the remainder of their collegiate career – the UTA squad expressed their desire to continue their ascent to the top by securing a shot at making it into the Heroes Global Championship at the upcoming HGC Crucible.

UTA remained cool and calm under the bright lights, and swept UCI in the semis before thoroughly dominating LSU with a 3-0 win for the National Championship.

The players recieved medals and a massive prize: free tuition for the remainder of their college careers.

Solar is the only undefeated player in SSL this season, while on the opposite end of the spectrum, Zest still searches for his first victory. 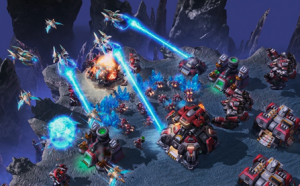 It was all about the upsets at the GSL Super Tournament, as reigning champ Stats lost in the first round, along with big-name players like TY and INnoVation.

In the final, herO won 4-2 against aLive.  With the win, herO pockets over $10,000 in prize money, but both players earned the lion’s share of the valuable WCS points.  Currently, both players are in the top 8 which puts them in contention for the Global Finals at BlizzCon in the fall.

The Hearthstone Global Games are underway!  Players from 48 countries are playing in this massive 4v4 team tournament with a prize pool over $300,000.

Live games and the rebroadcast will run from the 11th-13th.  The tournament is a weekly invitational, so each week teams from the 8 groups below will compete against each other to move on to the next round. 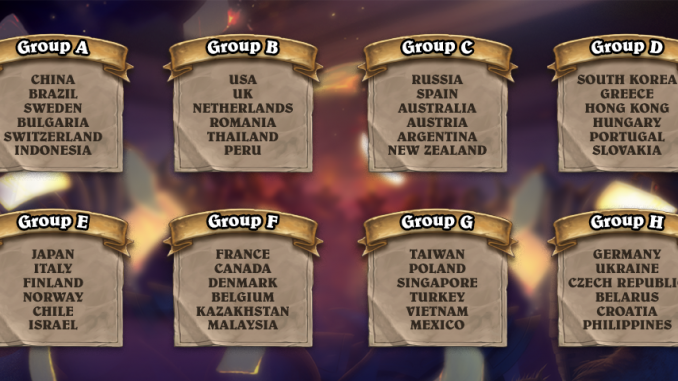 The players representing each country were chosen by a fan vote.

You can watch all of the matches on Twitch.

You may see BATTLEGROUNDS tournaments in the future: the game’s community has been growing at a rapid rate since the game debuted on Steam Early Access in March.  This week, developer PLAYERUNKOWN announced their game has sold more than one million units in just 16 days.

The company also says the game has been a streamer-favorite on Twitch, pulling in over 150,000 concurrent views with over 2,000 streamers playing the game for their followers.