This is the last week of the first stage of the Call of Duty World League in North America.  We now know 8 of the teams that will be in the next stage of the League, and we also know the four teams that are facing relegation.  Tonight’s matches will determine the seeding for the Stage 1 finals.

It’s very much the end of the season, so weird things happen.

It’s pretty clear that the guys on TSM and OG were just having a bit of fun for their final match.  After OpTic 100 point clubbed TSM on Hardpoint, it looked like the teams were content to just take it easy tonight.  OpTic went on to get their 20th win of the season.  Let’s hope everyone gets serious again for Stage 1 Finals, since this loss means TSM will face number one seed OpTic Gaming in the first round. 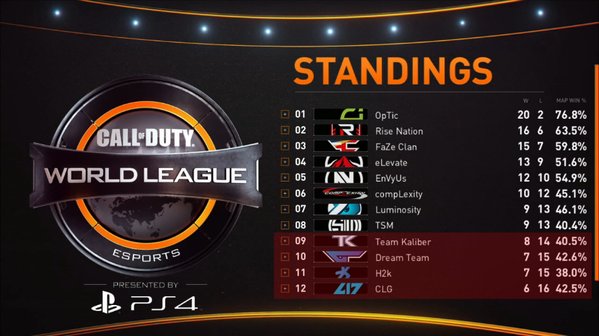 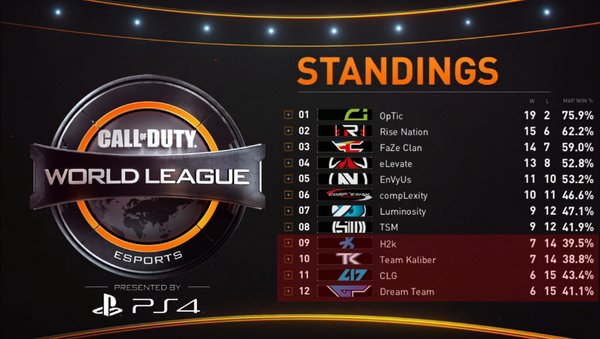