The stage is set for 16 teams to compete at the first million dollar major for CS:GO. The teams that placed in the top 8 of the last CS:GO major were already invited, so that left the rest to battle for final eight spots this past weekend in Columbus, Ohio at the MLG Arena.

Team Dignitas and Hellraisers will both miss MLG Columbus this time around.  Strong performances from Team Liquid and Counter Logic Gaming stopped them from reaching the competition.

The competition will kick off March 29th at Nationwide Arena in Ohio. 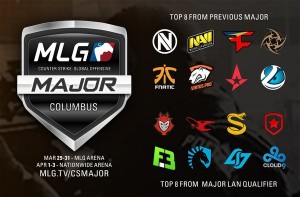