Laval, Kentucky, Cal Poly Pomona, and Buffalo Are Your Heroes of the Dorm Heroic Four!

The Heroic Four have been decided for Heroes of the Dorm 2018! Teams from California, Kentucky, New York, and Canada will be battling it out at the Blizzard Arena Los Angeles to win glory for their schools as well as a chance to win the grand prize: tuition for the rest of their collegiate careers.

The Heroic Four begins on May 12 at 1 p.m.. PT and will be casted by Albert “Halorin” Hailey, Paul “Inverum” Todkill, Bron “The Source” Mitchell, Jaycie “Gillyweed” Gluck, and Derek “Dunktrain” Arabian.

Matches will be broadcast live on twitch.tv/BlizzHeroes.

To learn more about the teams and Heroes of the Dorm, visit: https://heroesofthedorm.com 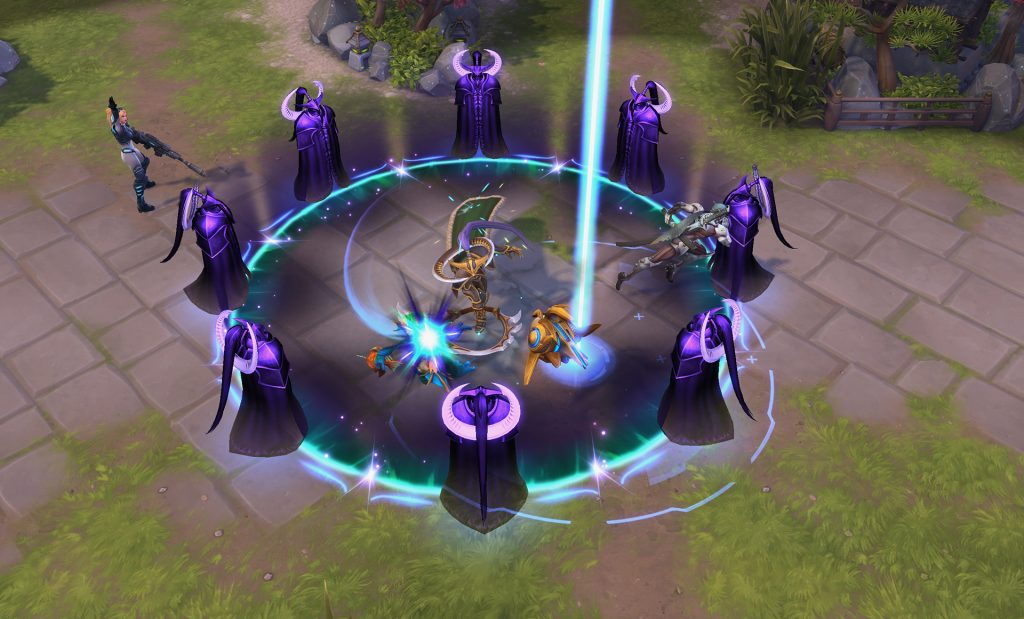 In the final week of League Play in the Heroes Global Championship (HGC), teams went all out to secure their spots at the Mid-Season Brawl in Jonkoping, Sweden – where the best teams from the world will gather to duke it out for the $250,000 prize pool. The best in each region will go the Mid-Season Brawl – the rest will go to the Playoffs to battle for the chance to join them in Sweden. The bottom ranked teams, though, will battle for their spot in the HGC against Open Division top-ranked teams in the Crucible.

All matches will be broadcast on the Heroes of the Storm Twitch Channel: https://www.twitch.tv/blizzheroes

After flawlessly tearing through the quarter finals and semi-finals, Team Korea faced a stiff challenge in Team Netherlands. uThermal (Terran) bested MMA (Terran) and soO (Zerg) in the first two games, but the power INnoVation (Terran) could not be stopped.. He went on a four game winning-streak and survived a scare by Harstem (Terran) who almost derailed his championship winning efforts. Korea won the series 5:3.