The 2017 League of Legends World Championship wrapped up the final games of the group stage on Sunday and the eight Knockout Stage teams have been decided.  SK Telecom T1 and Cloud9 held off an impressive last-minute showing from EDward Gaming and Ahq E-Sports Club to advance as the two seeds from Group A. 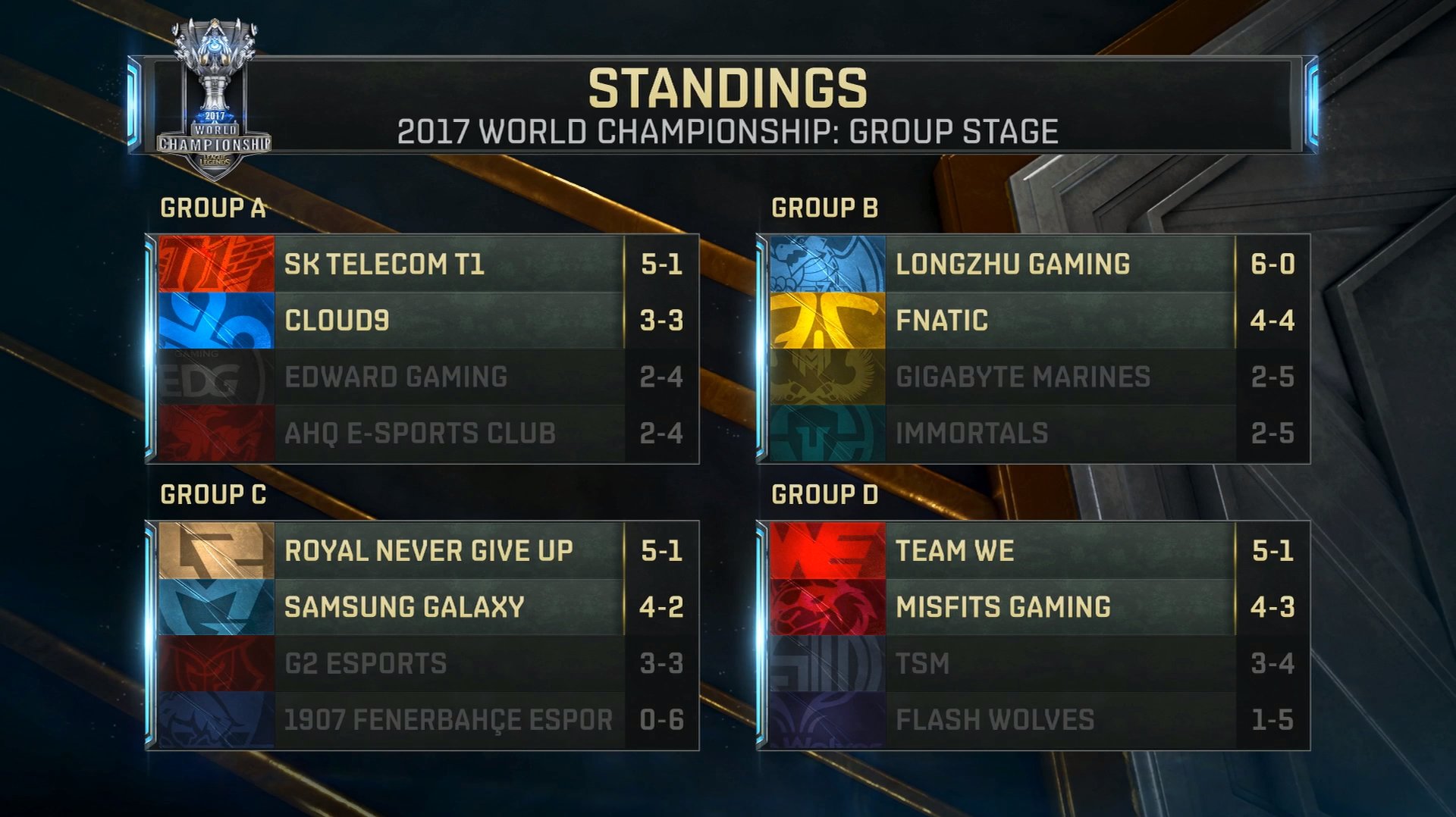 EDG needed to win all three games to force a tiebreaker for second place, and for most of the day, it appeared they would succeed.  EDG was methodical in their aggression, aiming to apply pressure to turrets early, and the late-game strategies of C9 and AHQ were rendered ineffective.  But EDG would need to topple the SKT giant in the final game of the day to succeed – and early-game aggression was not enough to stave off the comeback kings of Group A.  SKT repeated the formula from their week 1 victory by out-scaling EDG until they found the key teamfight to flip the game.

The SKT win provided relief to nervous NA fans hoping for some relief from the tiebreaker situations that had already led to group stage exits of Immortals and Team SoloMid.  Questions about NA’s ability to adapt remain after a 2-9 record in week 2, but C9 showed some flexibility by adopting the Caitlyn pick in the middle of the day.  C9 still lacks the players to make a championship run, but they can find solace in the fact that they have represented their region well for two years in a row.

With the group stage decided, teams were drawn into their Knockout Stage brackets. 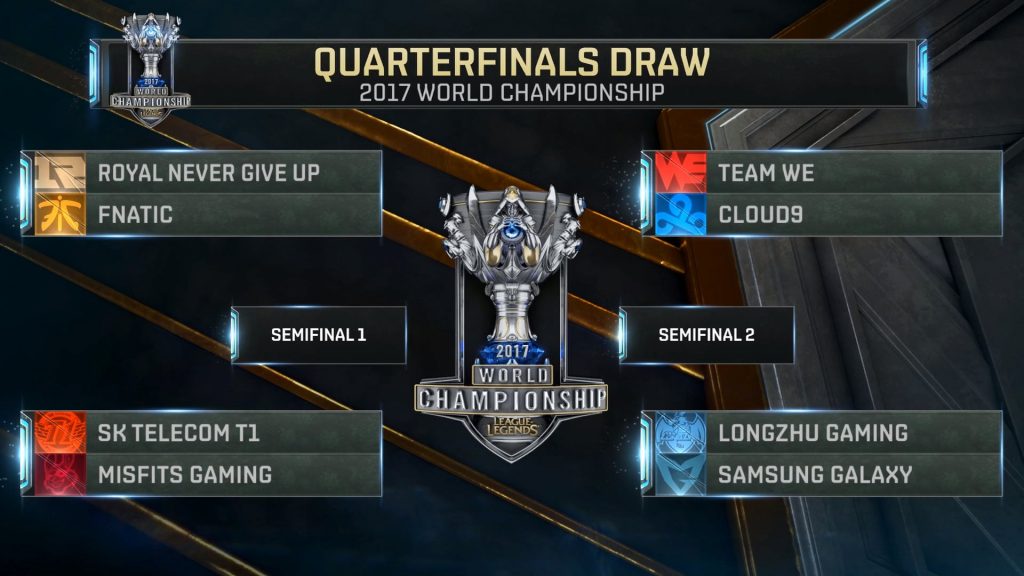 Here is the schedule for next week’s Quarterfinals.