The group stages of the SMITE Pro League are underway!  Some of the best teams in the world are battling it out for a chance to play at the the Super Regionals tournament in November.  The ultimate goal is for teams to reach the SMITE World Championship in January.

16 teams have been divided into four groups that will play LAN matches at the SMITE Esports Arena in Alpharetta, Georgia each weekend in October:

The top two teams from each group will go on to play at the Super Regionals. 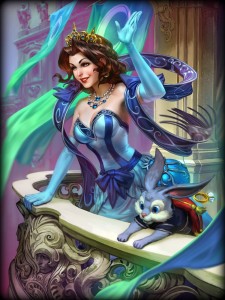 To celebrate the start of the SWC qualifiers, we’re giving away a code that unlocks the SMITE god Chang’e and her Enchanted skin!