After this weekend, we will know the teams that have qualified for the SMITE Pro League Spring Split. The journey has been a long one, but now there are just eight teams left. The Phase Two winners will face the bottom two teams from each league.  The 7th seeded teams from each Fall league were able to choose which of the Phase 2 winners they would play.  Les Myrmidons chose to play Leftovers, and Denial chose to play the squad of well known players known as Team Flex.

European play kicks off at 1pm EST/7pm CET on Saturday March 5th. The teams will play a best of 5 match to determine the final spot.

North America begins at 1pm EST/7pm CET on Sunday March 5th. The teams will play a best of 5 match to determine the final spot. 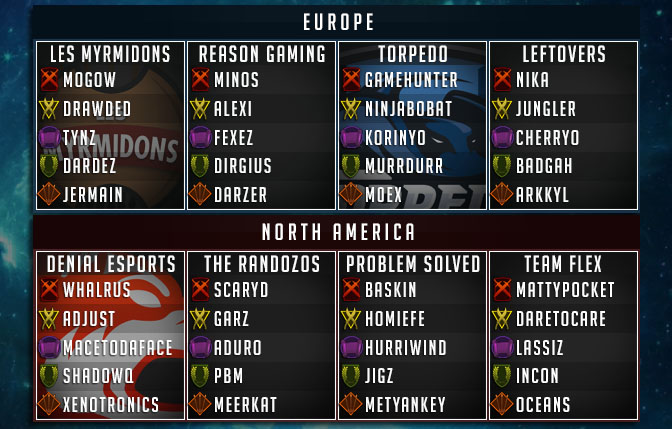