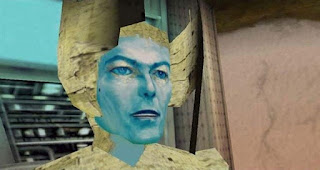 The world lost a creative legend in the form of David Bowie earlier this week, and as the tributes poured in, one unique gaming related ode caught our eye.

Game making giant Square-Enix is offering Omikron: The Nomad Soul for free through January 22nd, 2016.   Normally this news would go straight on to the Free Stuff page, but as this is a great chance to hear music from the Great White Duke himself, we thought it merited its own post.   The game is an oldie from 1999, but IGN’s review team gave it an 8.5 at the time, so it’s worth a download.

Bowie‘s music is featured on the game’s soundtrack, and he even makes a couple of appearances within the game.  His inclusion is not surprising given he recognized and embraced the connection between music and technology before most other artists of his generation.

How to get the free Steam code:
1. Visit this store link.
2. Sign up for the Square-Enix store account
3. Put Omikron: The Nomad Soul in your cart
4. Enter code “omikron” at checkout to avoid being charged
5. A free Steam code will be emailed to you.