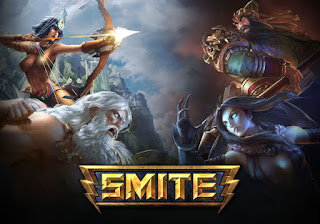 The Smite World Championship run from January 7th through the 10th, and will feature the top 10 teams from North America, Europe, China, Oceania, Brazil and Latin America, all competing for the $500,000 USD prize.

The 2015 Champions are COGnitive Gaming.  That organization is not represented at the World Championships this year, though four of the five members of that championship team now make up the North American number one seed Cloud9.
Video courtesy Smitegame.com

This is the second year for the event, once again held at the Cobb Energy Performing Arts Centre in Atlanta, Georgia, USA which is home of the game’s studio, Hi-Rez Studios.

The World Championship rounds will be played on PC, but this year there is an additional, smaller, Xbox One Invitational competition at the event.  Smite recently expanded to the console market, so the Invitational will serve as a fine marketing opportunity for the MOBA on a console.
In the PC competition, 8 teams will first have to make it through two double elimination placement rounds before moving on to the quarter finals.  All of the matches in these early rounds are best of ones.  The #1 seeds from the NA and EU regions (Cloud9 and Paradigm) both received a bye, so they will not face teams until the quarterfinal round.  The seeding was determined during Season 2 of league play in each region.
The quarterfinals and third place matches are all Best of 3 rounds.  The semifinals and Grand Finals are Best of 5.