Today North American LCS Spring Champions Team Solomid announced Yiliang “Doublelift” Peng will be returning to their League of Legends roster.  Doublelift stepped down from the starting roster in 2016 after the team’s failed Worlds campaign, and then made a return to the scene during the Spring Split with Team Liquid.  This week, Team SoloMid confirmed Doublelift’s return to the squad and announced TSM would field a six-man roster for the Summer Split.

In a statement, Doublelift expressed his renewed enthusiasm for competition:

“I’m really excited to be playing again on TSM, and feel reinvigorated from this break. After last season’s Worlds, I was overwhelmed by the weight of my massive underperformance when it mattered most. Coming back into LCS, my only priority is to win worlds and nothing else. It’s a huge honor to be able to play with everyone on TSM and I will make the most of it. This is the hungriest that I’ve ever been to succeed, and soon I will prove it to my teammates, my fans, and the world.” 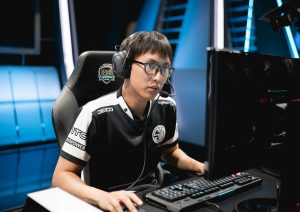 While the return of Doublelift was expected by most LCS viewers, the timing of the announcement is certainly a surprise.  The 2017 Mid-Season Invitational is already underway, and TSM is likely already preparing for their first MSI match on Wednesday, May 3rd.

Team SoloMid will also be retaining current starting ADC Jason “WildTurtle” Tran, and the two will share the starting ADC position.  TSM will be using both players going forward in an attempt to gain a strategic advantage from the differing playstyles as well as reducing potential burnout of either player.

The shared ADC position raises concerns about increased pressure on current starter WildTurtle, and also changes to the team dynamic.  It would not be the first time a roster announcement affected an MSI participant; news of a roster swap was speculated to have been a contributing factor in G2 Esports’ poor performance during the last year’s Mid-Season Invitational.

It’s also worth nothing that it appears Doublelift will not be living in the TSM gaming house, but rather living in “an apartment nearby” according to the announcement.  It’s extremely rare in today’s LCS environment for a player to be living separate from the team, especially when that player is one of the team’s biggest stars.  It will be interesting to see what, if any, impact this has on Doublelift’s role within TSM.