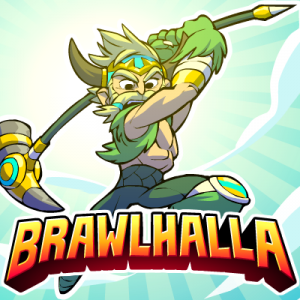 The Brawlhalla EU community had their Spring Fling tournament over the weekend, featuring some of the top competitors from that region.

On May 6th, the Stream.Me Brawlhalla Legends Series returns with 2v2 NA and EU tournaments.

The annual St. Jude Play LIVE! event is underway and runs through May 31st.  The charity gaming event raises money to help families offset the costs of incredibly expensive medical care for young patients with treatable or terminal illnesses like cancer.  The St. Jude funds also go toward providing gaming and entertainment areas for young patients in some hospitals.

Want to get involved and do a bit of good today?  Donate to Kim’s (Esports Source founder) St. Jude fundraiser today.  The goal is just $100, but we’d like to pass that and raise as much as possible for this charity.

Follow mostlybiscuit on Twitch to catch a charity stream!

This weekend he’s helping run the Smash tournaments at DreamHack Austin, but on Easter weekend Alex Jebailey was hosting CEO Dreamland, a Smash-centric fighting game event in Florida.  The head of CEO Gaming wrote a Facebook post to say despite the enthusiasm from the current Smash community, the event may not happen next year.

“Financially it was sadly far from a success even with 1100 total attendees and the first technical failing for CEO Gaming because I wanted to make it the quality tournament you could expect from the CEO brand.

…Stream production, AV, staging, ballroom space, 24 hour security friendlies room, staffing, commentary, hotel rooms for staff etc. really adds up and at the scale I ran the event about 2,000 attendees would be needed to make it a success. All in all for the sake of transparency Dreamland ended up at about a $20,000 loss.”

The event was held on Easter weekend, meaning inexpensive hotel rooms for attendees, but it set up conflicts for fans with family commitments surrounding the popular religious holiday.

Jebailey goes on to say that Easter weekend is available again for 2018, but given the loss – it may not be a good idea to try it again.

Game developer Nintendo is notoriously hands-off when it comes to esports events involving their properties, so most tournament organizers have to put on events using their own resources.

Despite the Dreamland nightmare, CEO Jebailey appears to have bounced back:

If one more person says “I heard about Dreamland, let me buy you drinks” one more time this weekend…